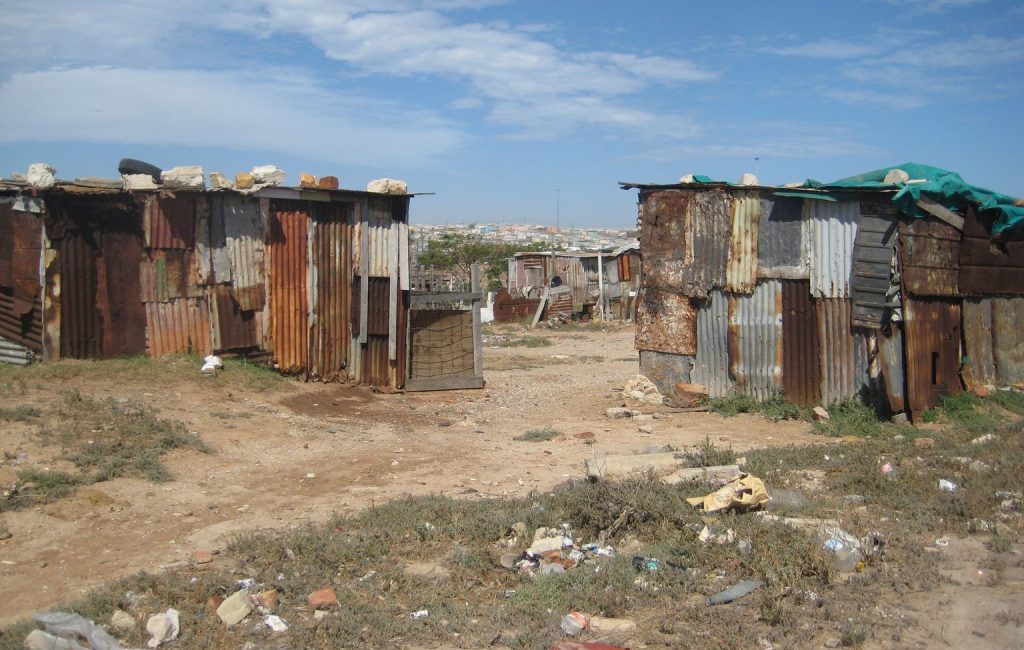 THERE is a single large tree on the wind-whipped salt-lake flats, the most marginal of marginal land. There are rivals – low scrub across the ground, bent by wind, introduced agave succulents with king-shard stems extending into the dust-filled sky, a few short and spiny trees – but only one tree. How do you create shelter against the stinging dust, the biting wind, the bulbous red-jelly sun that burns from near-dawn to dusk? You can build it out of scrounged wood, tin and plastic, but no one can stay indoors all day. The tree offers free shade beneath its spreading limbs, a patch of cool outdoors, a place to meet, mingle, talk.

This tree is the centrepiece of the founding story of Missionvale, an informal settlement of 120,000 people that has existed on unwanted land at the outskirts of Port Elizabeth, South Africa, for over a century. A new influx came during apartheid, when the coloured township near the wealthy white enclave of Walmer – a township of servants – was forcibly relocated in 1965. The land was too desirable; it could become suburbia. And so eight thousand people were uprooted and moved, their shacks bulldozed, and an entire new township deposited on the saltpans twenty kilometres away. After apartheid, new water pumps were installed and the population ballooned, as blacks and coloured began circulating, seeking a better life. Many found Missionvale and a Xhosa influx took the township to its present size.

No one has paid much attention to it; the middle class of Port Elizabeth drive past on the road to Uitenhage without noticing the timber-and-tin shacks thronging the salt lake. On the tourist map, a giant picture of an impala papers over the shadow city. But a diminutive white Irish nun wandered into this poorest of black settlements one day in 1988, in the last bitter years of apartheid, and knew this was where she wanted to be.

The rest at the Griffith Review

Published: November 7, 2012 Author: Doug Tags: Articles, blog, writing
Previous: In the commission
Next: By Christ and the cannon