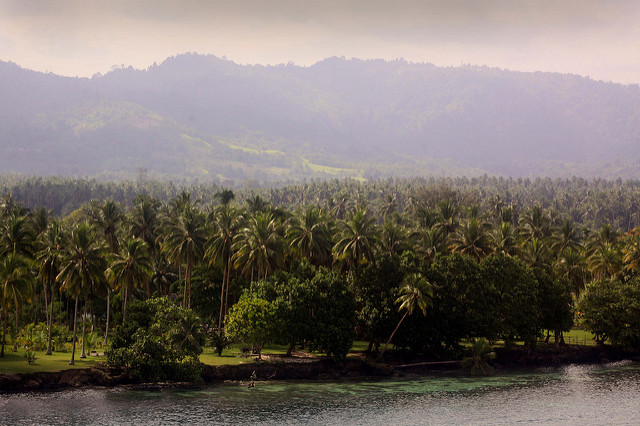 There is a wordless sweet communion between Thomas and Avia Kano, a brother-sister duo who have come to depend on each other in their parents’ absence. Thomas is the younger one, though he doesn’t look it. He’s already broad-shouldered, with wisps of a beard in the making and a ponytail. He speaks with small hand gestures, meeting your eyes with his, and veers away from words. Adolescence has made him awkward. Avia is small and well-formed, as if pressed from a mould. When school is over, they sprawl on the couch, heedless of the outside world, passing the snufflings of birdlings between them. They nestle on the grass on the foreshore, metres from the home of their patron, a priest, and speak without voices.

The rest at Medium

Our Father: A priest and his adoptive children in Papua New Guinea

Published: May 26, 2015 Author: Doug
Previous: Old opinions
Next: Growing up in a climate of fear