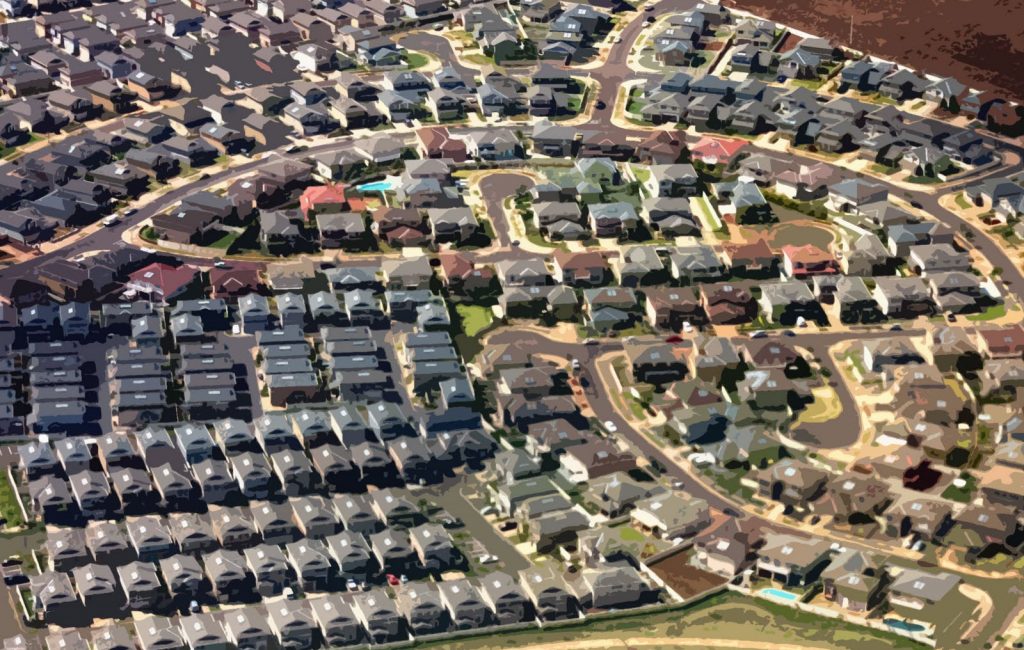 We only really feel Australian when we’re overseas. Thrust up against Europe’s built history, Asia’s vibrancy or America’s self-belief, we begin to feel like there is something particular about the cultural programming of Australia that makes us into tall poppy loppers, piss-takers, irreverent bastards. Inspired by this cherished, fledgling sense of nationhood, Australians inevitably find other Australians and imbibe fourteen Fosters to celebrate.

To feel this way, we have to believe, at least in part, in our founding mythologies of Gallipoli, Kokoda, and the humble larrikin bushman. But these events were decades ago, when Australia was a much more rural country. Today, the island continent is amongst the most urbanised – and suburbanised – nations in the world. Australia is now sinking beneath a creeping wave of conformity. Our self-conception of ourselves is of rule-breakers and risk-takers. But what we really are is queuers, plodders, sticklers, conservative in the sense we actively resist change. The rollout of Australian suburbia has recreated thousands of small villages, each with the same ability to self-police, to monitor our neighbours.

One of the most curious of our cultural outcroppings are the uniquely Australian brand of shouting ads, where a male voice harangues viewers into attending the 48 hour sale. Europeans visiting Australia often ask why we put up with such treatment. Indeed. It’s not just companies. Our governments, state and federal, also treat us as glorified children. From the infamous drink-drive-bloody-idiot campaign to the Grim Reaper anti-AIDS ads, government attempts to steer the national psyche away from risky activities have overtones of a patronising Big Brother. We can’t be trusted with alcohol – we’ll just drink till we’re maggoted, glass someone in the eye and then kill a family on the way home. Australian police think so too. Every news story about a drink or drug driver quotes a constable expressing stern paternal indignation that the “message still isn’t getting through”. For minor infractions, they’re “disappointed” in us. Like naughty children, we hang our heads and shift our weight. Seatbelts? Mandatory. Helmets on bikes? Mandatory. Speed limits? Rigidly enforced. The modern Australian nanny state dispenses fines like confetti. What does this make us? It creates the Australian as a dumb cipher, a person without the ability to make informed and sensible decisions.

You only really notice how restrictive and how patronising Australian authority is when you travel. When you drink your first beer on the street in Germany, riding a bike without a helmet in Copenhagen or trying out a scooter without a license in Thailand, you find yourself looking around surreptitiously for the cops. Not that we really need them to keep us between the lines. We’ve now internalised our Great Australian Conformity. Just look at the fury cyclists incite amongst motorists. Why? Because they break the rules. Because they don’t have licenses. Because they’re not abiding by our strict internal rules. When graf artists paint a huge colourful mural on drab brick, news websites erupt in condemnation of these breachers of the status quo. England is further along this route than we are, with the use of CCTV now a society-wide panopticon, a way to make us police ourselves, to order us into accepted models of behaviour.

Our conformity is not about thinking. It’s about following rules. Our institutions give workers little or no autonomy. If you call a large corporation or government, the person on the other end must follow their script. You must abide by the rules. There is no leeway, no room for dissent. And that means there is no room for independent thought. It is not just the lack of government interest in research and development that sees our best and brightest leave. It is our casual authoritarianism, our internalised conformity that makes us followers, not leaders.

Our tabloid journalism culture is partly to blame. In the UK, the spiritual home of the tabloid, there’s the same knee-jerk attacks on deviants from the mainstream conformity – criminals, demonstrators, youth, cyclists. But there’s often a tongue-in-cheek flair in the UK tabloids, in their nicknames for celebrities and people who’ve had sex with celebrities, in their pun-filled turns of phrase. In Australia, tabloid journalists offer up a puritanical righteousness on behalf of the downtrodden drivers and house buyers and tradies of Australia, policing all transgressions against conformity, large and small.

On some things, Europe’s got it right. You’re introduced to alcohol earlier, and in more controlled quantities. Here, we outright forbid it before 18, making it more alluring and leading to our celebrated culture of binge-drinking and alcoholism. You’re treated as a adult by your government in advertising and in real life. It’s well known that humans respond to their treatment by internalising it. If we are treated as serious adults, we consider ourselves as such. If we’re treated as naughty children, we act to fulfil those expectations. In the infamous Stanford prison experiment, ordinary people were asked to fulfil the roles of prison guards and prisoners. Within days, the guards started employing authoritarian tactics on the prisoners, who became increasingly passive in response. Australia is becoming a large-scale version of this experiment.

Too bleak a picture? Perhaps. The best thing to come out of this deluge of conformity has been the most peaceful multiculture in the world. Cronulla and Indian-bashings notwithstanding, Australia’s rapid change in ethnic makeup has been accomplished with remarkably little bloodshed. Why? Because the very tools that make us conformist – piss-taking, tall-poppy lopping – are turning migrants into Australians within a generation. Peer pressure in Australia is a powerful force, and particularly so in that great melting pot, the high school. You might go into education with a strong cultural backdrop, but by god, it will be drummed out of you by the end, and you’ll be speaking broad Strine with the best of us. But that’s the only good thing to come out of our conformity.

I still remember the day I realised something was wrong with Australia. I spent my teenage summers by the Yarra, leaping off a rope swing into the brown waters. Dozens of teens would gather there. It was a public space, a place to meet, to talk, a space without parents, without interference. It was remarkable. But then, of course, the nearby houses complained. We didn’t get a voice. We were breaching the enforced Australian quietness. And so the council cut down the great old gum hosting our rope swing, and our space dissipated, as if it never had been.

2 Comments to “The Great Australian Conformity”