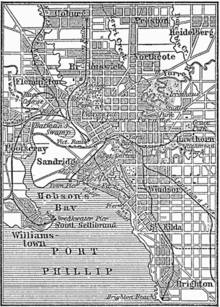 In 2008, the world hit a remarkable milestone. For the first time in history, more than half of humanity was now living in cities – a radical change from our earlier lives in decentralised rural areas. Australia is at the forefront of this shift. In the 1861 census, more than 60 per cent of Australians lived rural lives. A century later, a mere 18 per cent still lived on the farm. Everyone else had moved to towns or cities.

This shift – rural to urban – has drastically altered our lives, often for the better. We enjoy better health care, better-earning jobs, and efficient access to services. But cities have spawned new ills. Our modern gripes stem directly from the problem of the stranger. Violent crime is committed by strangers. Empowered by anonymity, strangers are those who hoon, road rage, throw abuse or a punch, who steal from us. The rising tide of covert and overt racism agitating against immigration is, on another level, a reaction against the particularly visible stranger.

But consider this. The true triumph of civilisation is in our ability to repress irritation – at the inconsiderateness of strangers, at minor affronts on public transport, at being woken by drunken catcalls. It’s this repression that makes cities possible. On the other side, it is met by adaptations to strangers, by parents telling their children – be silent please. You are disturbing everyone else. To live amidst a sea of strangers, with your small village of friends and family dispersed across an entire city, requires that we douse our anger at the innumerable ways in which strangers piss us off. We have been forced to develop tolerance for that which is not like us. It is no surprise migrants opt to settle in larger cities around the world. Cities are places where the position of the stranger – a historically dangerous role – has been worn down, made almost routine, made tolerant. This is not tolerance in an enlightened sense – it is not active. It is the passive tolerance that comes about through reciprocity – through the expectation that if we ignore that which annoys us and adapt our behaviour to annoy others a little less, that the entire flimsy premise of millions of strangers living close by but not together might be kept aloft.

Put simply, to be a stranger is liberating. Villages and towns are tyrannies. To escape straitlaced country towns for the big city is an Australian rite of passage for gays and lesbians. The city is more tolerant, true. But what does that mean, really? It simply means that the power of the village, of the town, to compel us to live in certain ways – the traditional heterosexual/nuclear family model, for instance – dissipates to a great degree in cities. Villages and small towns are the last to change traditions the rest of the world now deems abhorrent. Gay bashing and hazing in Australia. Bride burning in India. Female genital mutilation across a long swathe of northern Africa. Villages are tribes in houses, where family expectations, inherited religion and the demands of the village at large dictate a large part of how you will become. Consider the immense cultural changes which in just over a century transformed Western societies from a Christian white man’s world to societies with more equality and more tolerance of difference. What happened? Cities blossomed, sucking up people from rural areas and gutting small towns. The cultural shifts that occurred fed on cities – fed on the mixing of minds, the gradual birth of passive tolerance of other people.

Anonymity is bliss. It is a form of true freedom. For all the wealth of celebrities, the freedom of anonymity is the one commodity they cannot purchase. Anonymity is why we travel – to shed even those few threads of obligation and expectation that cause us to concoct a personality out of our assemblage of habits. To be anonymous, to be a stranger – this is our greatest success.