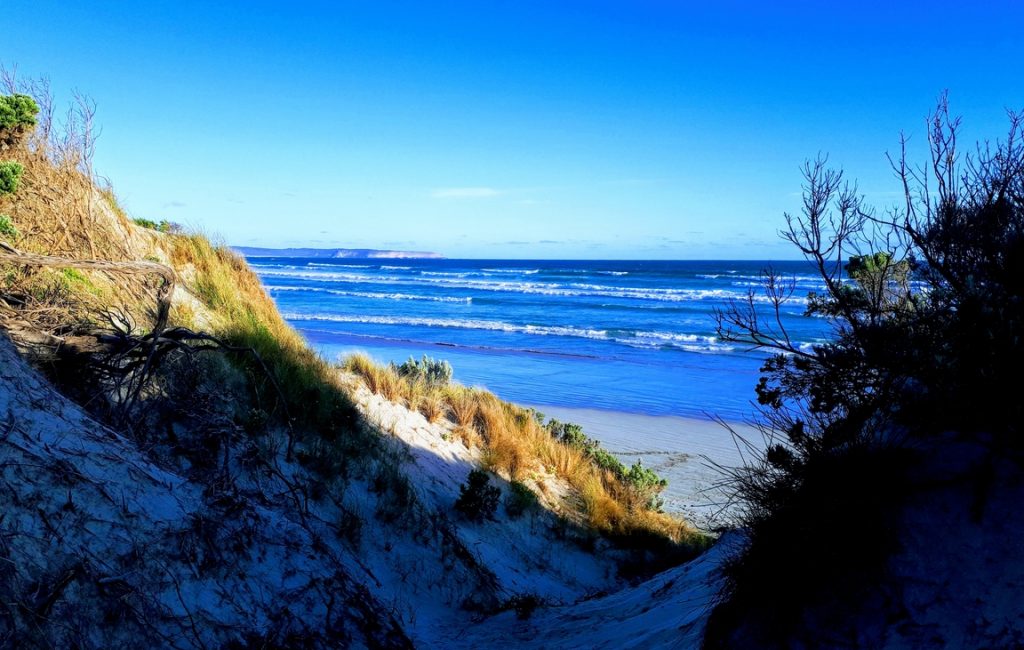 For my tiny son, I find myself now thinking of climate change as akin to war. I secretly hope someone else does the dying, writes Doug Hendrie (via ABC).

“The human psyche naturally rebels against the idea of its end. Likewise, civilizations have throughout history marched blindly toward disaster, because humans are wired to believe that tomorrow will be much like today — it is unnatural for us to think that this way of life, this present moment, this order of things is not stable and permanent.”

Last week I read Roy Scranton’s remarkable New York Times piece, Learning how to die in the Anthropocene, and I felt something shift – an idea, moving from abstraction to near-reality.

The battle against climate change, is, I think it’s safe to say, over. True, a fifth of the world’s emissions are now covered by a carbon price. There may still be a chance to limit the temperature increase. But it’s too little, too late to avert major change. The obstacles against true decarbonising are too great: Trillions of dollars in hydrocarbon investments; carbon-dependent transport systems; corruption and impotent governments across much of the world. And to muddy the waters, the estimated $500 million invested by oil companies in fake science and denial has been money well spent.

But it’s not even an us and them scenario. We’re all implicated. We’ve all gained greatly from burning hydrocarbons. How can we give that up?

For years I’ve read climate change news with a kind of muted dread. It’s like reading a novel of creeping apocalypse. I know it’s coming. If the world’s climate scientists aren’t enough, the real-world responses should tell us it’s true: Russia is opening up the once-icebound Northwest Passage. The uprisings and civil wars across the Arab world had their roots in food price spikes linked to climate change.

Scranton quoted the Admiral as saying upheaval from increased temperatures, rising seas and radical destabilisation “is probably the most likely thing that is going to happen … that will cripple the security environment, probably more likely than the other scenarios we all often talk about.”

And on a smaller scale, the climate scientists I know personally are buying up land in southern Tasmania, where the rain will still fall in three decade’s time.

But for me, this abstract idea has recently gained new resolution. My wife and I have just had our first child – a boy, who gazes with calm, gleaming eyes up at me in the night. I am smitten.  Before he was born, my wife and I talked about climate change, but it seemed like that meganarrative of climate change was entirely detached from our own small lives. We could compartmentalise – keep the two apart. But now it’s no longer possible.

As I gaze at him, I find a new form of denial is coming over me – not that climate change isn’t happening, but the desperate belief that he won’t be one of the millions who will likely die. By 2047, the climate is likely to have shifted irreversibly. My boy will be a man in his 30s. I’ll be in my late 60s, with not so many years to go. He’ll never have experienced my level of normal. I realise I can’t promise him what every parent hopes – that he will have a good life, a safe life.

True, Australia will be safer than most – we won’t submerge like Bangladesh or the Maldives. We can desalinate water to make up for the rainfall deficit. We can fight many of the expected bushfires. But the wider spill-over will be enormous. Desperate people will flood the world. The water conflicts will begin, as India’s groundwater reserves are used up and China’s rivers dry.

For my tiny son, whose future I care about most, I find myself now thinking of climate change as akin to war. I secretly hope someone else does the dying. Because I want him to live.

Growing up in a climate of fear

Published: December 11, 2015 Author: Doug
Previous: Our Father: A priest and his adoptive children in Papua New Guinea
Next: The joke that bombed