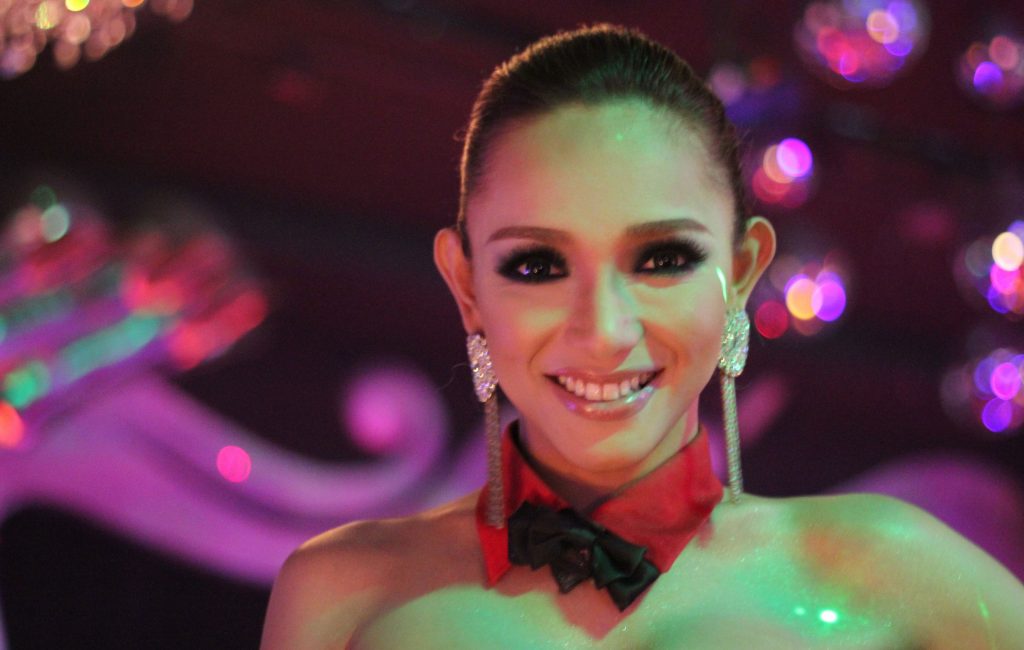 ‘I sometimes wish I was gay,’ says Mark, my taxi driver, risking a quick glance as he navigates one of Manila’s extraordinary traffic tangles. ‘Gays are very hard workers. They do well in business, in school. They are more successful. Often, they are the breadwinners for an entire family.’ He shrugs a little. ‘I admire them, actually. They—what is the word for doing very well? Excel?’ Yes, I say. He smiles. ‘Yes, they excel.’

My taxi driver—a recent graduate who can’t find work in his field—is right. Gays and lesbians in Asia’s largest Christian country are reaching new heights. The openly gay Boy Abunda is the nation’s top talk show host, with four programmes to his name. Vice Ganda is a flamboyant drag queen by day, interviewing celebrities with snappy flourishes for pop culture shows. Business tycoon Ricky Reyes—Mother Ricky, as he’s known—started as a cleaner in a hairdressing salon. Decades later, he owns dozens of his own name-brand salons. With transgender woman and English professor Bemz Benedito at its helm, the world’s only dedicated gay political party, Ladlad—‘coming out’ in Tagalog—has set its sights on three seats in Congress at the next election. Even the near-universal challenge for gays—coming out publically—can be less difficult than in Western countries. As Andrew De Real, owner of prominent Manila gay club The Library says, gays are more accepted because many end up supporting their families financially. ‘Because most gays don’t have children, they become responsible for their family, their siblings, their nieces and nephews,’ he says.

More at The Diplomat

Published: February 8, 2012 Author: Doug Tags: Articles, blog, writing
Previous: Community is dead – and now we can get on with living
Next: Full of sin: how food became the new sex